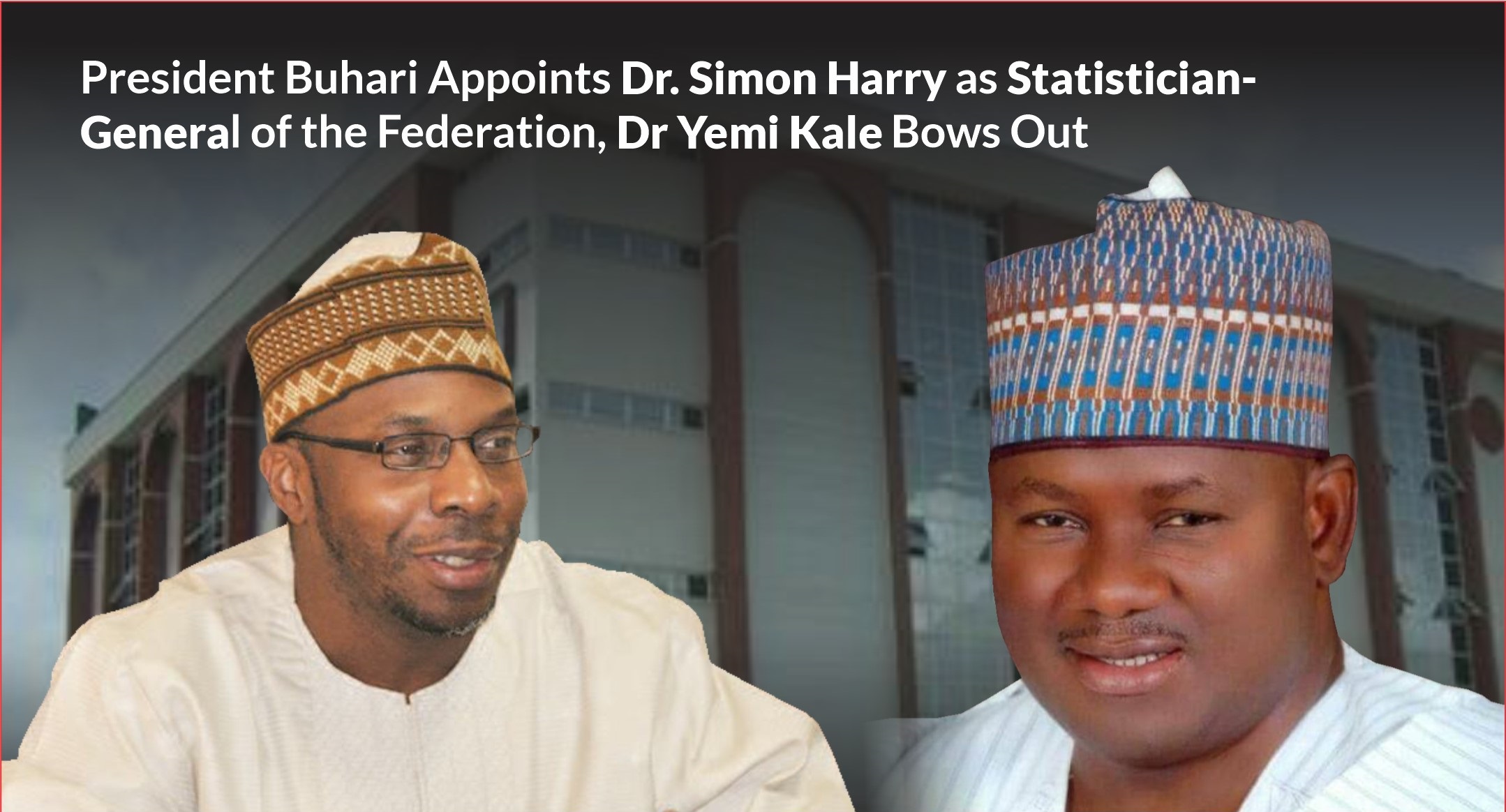 President Muhammadu Buhari has approved the appointment of Dr. Simon B. Harry as the new Statistician-General of the Federation to head the National Bureau of Statistics (NBS). Dr. Harry is to succeeded the out-going Statistician-General, Dr. Yemi Kale, whose second term tenure of five years expired on 16th August, 2021.

Currently, Dr. Harry is the Director, Corporate Planning and Technical Coordination Department of NBS with almost three decades of statistical experience. He joined the erstwhile Federal Office of Statistics as Statistician 11 in 1992 and rose to the position of a substantive Director of Statistics in 2019.

National Bureau of Statistics.     Terms of Use Template by Colorlib